“Jump off the cliff, and build your wings on the way down.” – Ray Bradbury

This morning I came across this quote by Ray Bradbury.  I have read many of his books but I have never heard this saying of his.  I completely agree with it.  There is no good time to start until you start.  Jumping off a cliff is a great metaphor because it is something that we as humans have an innate fear of.  I remember my first time repelling as a boy scout.  The anticipation of the repel was the worst.  Hiking up around the backside of the hill knowing that I would be dangling 60-80 feet in the air was exciting, exhilarating, and terrifying at the same time.  I was with experienced individuals that knew what they were doing but they were not the one making the decisions as they told me to put my back to the edge of the cliff and lean out into the void nothingness.  My heart skipped and thumped wildly at the prospect of depending on a small rounded nylon cord for my life and enjoyment.

At the edge of the cliff, the fears come flowing all at once – everything you have ever been told about falling to your death, screams squelched inside.  Then you take that leap of faith and lean into the strength of the rope and become horizontal with the wall of the cliff.  It’s an amazing experience.  The cliff wall then becomes your stomping ground.  Once you have breached the threshold all the fear dissipates.  The fear wasn’t real, it was just there to stop you from acting.  Now that you have done it the fear has failed in it’s purpose to hold you back.

I am in no way suggesting you jump off the cliff without a thorough knowledge and understanding of the pros and cons.  But in reality, one learns the most through doing.  Jump off the cliff, and build your wings on the way down.  We all are at different points in our life, and I think we reach many cliff edges all the time.  Mini fears that keep us from achieving awesomeness.  I would say eighty percent of the time people shirk because of the fear.  The mere twenty percent that take the plunge find out they weren’t at all prepared, but they are better for doing it.

Become a backer of my Kickstarter – The Relic Wowflute today! 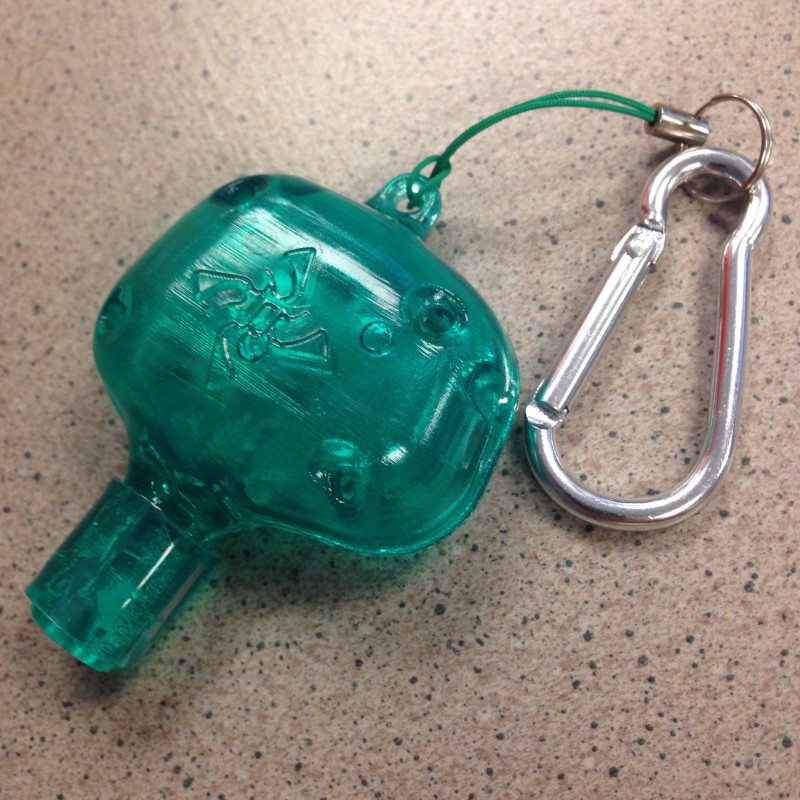 I am thoroughly enjoying the new colors that the Tritan Wowflute is now made in. This transparent turquoise is a favorite. I […]

Our new Relic Wowflute Ocarina will be coming soon!  We are still in the development stage and are working on producing a […]

Common sense (which, in truth, is very uncommon) is the best sense I know of: abide by it; it will counsel you […]

“Rest is not idleness, and to lie sometimes on the grass under trees on a summer’s day, listening to the […]